Blog » Mumbler Tried and Tested Elf on the Shelf Ideas!

Mumbler Tried and Tested Elf on the Shelf Ideas!

If like us, you are well into the Elf on the Shelf tradition and are running out of ideas for Elf mischief, or if you are thinking of starting this year, this blog might come in useful!

*Warning* If you decide to start Elf on the Shelf this year once you have started there is no going back – you have 23 more days to complete!  It is not for everyone but we found it a bit of light-hearted fun in the run-up to Christmas and helps keep the kids on best behaviour!

What is Elf on the Shelf?

The child-friendly answer – It’s your friendly scout elf who Santa sent from the North Pole to check whether children are being naughty or nice in the run-up to Christmas. When adopted – and named – by a family, it gets its special Christmas magic and can fly back to Santa each night to tell him about its day.

Every morning, the Elf returns home and finds a new spot in the house for the children to go ‘Elf hunting’.

The Elf arrives on the 1st December and returns to the North Pole on Christmas Eve.

The Elf on the Shelf rules

According to the official website, www.elfontheshelf.com, there are two simple rules:

1. “A scout elf cannot be touched. Christmas magic is very fragile and if a scout elf is touched it may lose that magic and be unable to fly back to the North Pole.”

2. “A scout elf cannot speak or move while anyone in the house is awake! A scout elf’s job is to watch and listen.”

Introducing your Elf on the Shelf

There are lots of versions of Elf on the Shelf out there, ranging in price, we just got one from our local supermarket which didn’t cost the earth. For more details on the official scout Elf visit www.elfontheshelf.com

The Elf normally arrives with a letter, there are lots of ideas for downloadable letters for new or returning Elves on Pinterest.

Once the Elf has arrived the children then give it a name.

Then you have the fun for the next 23 nights of finding something new for it to do each night.  Elves are very cheeky and get up to all sorts while the children are sleeping…

23 Tried and Tested Elf on the Shelf Ideas

Thank you to Mumblers for their input into the many fun and creative ideas below! 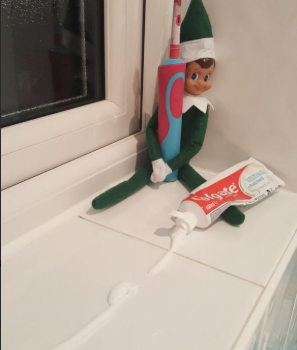 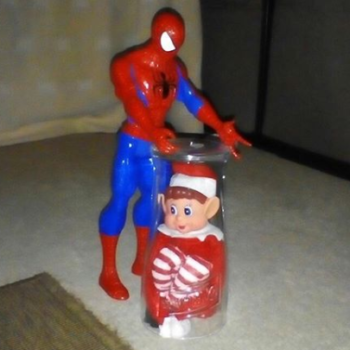 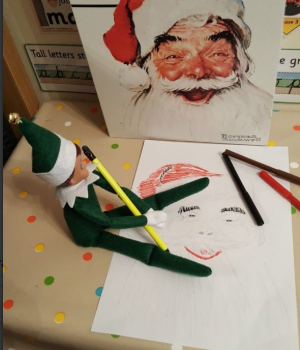 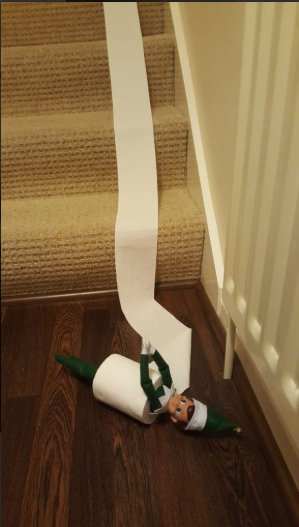 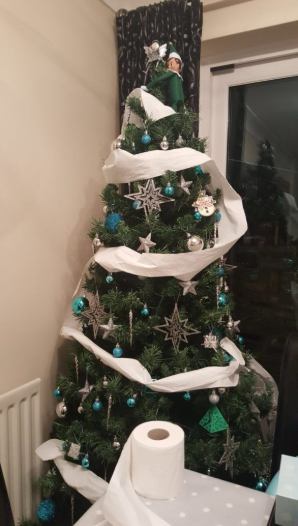 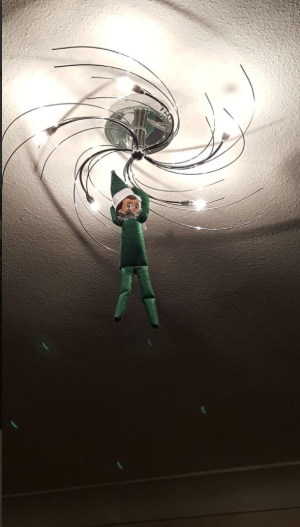 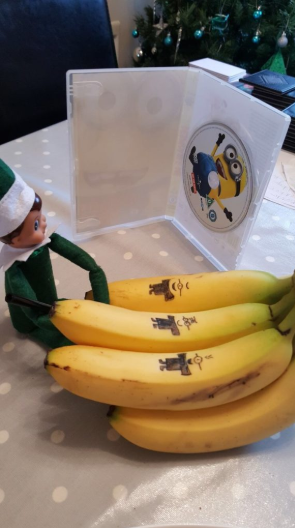 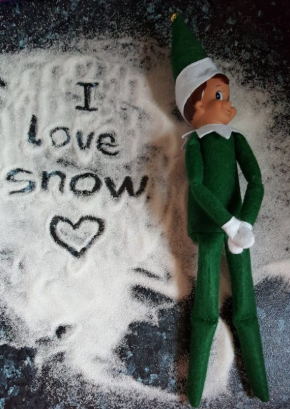 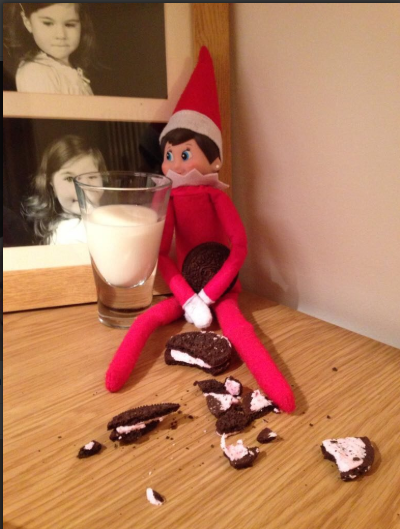 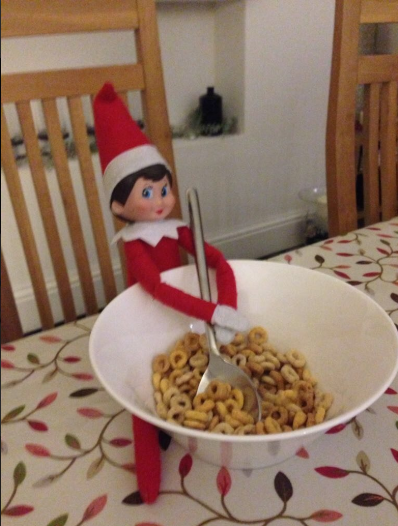 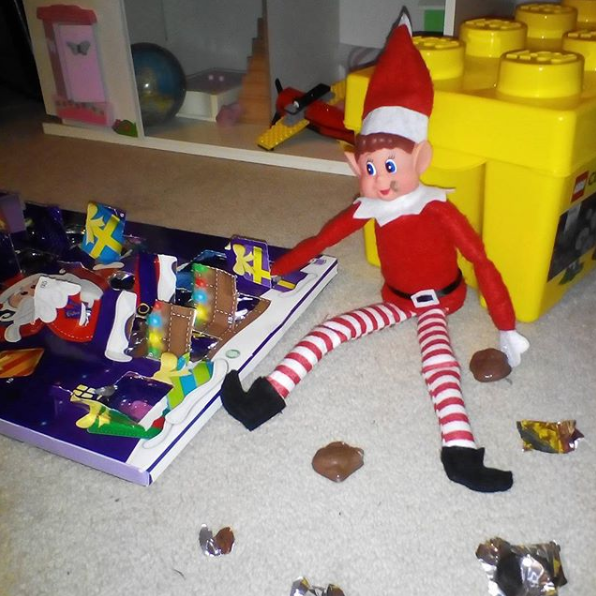 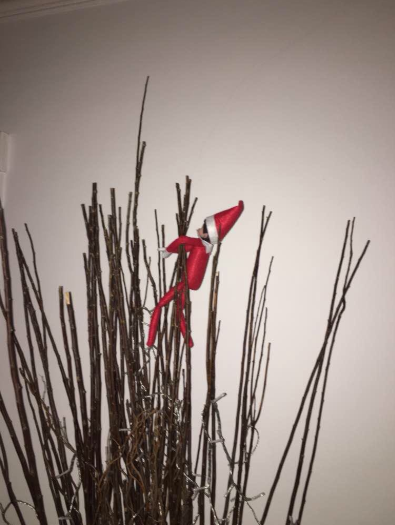 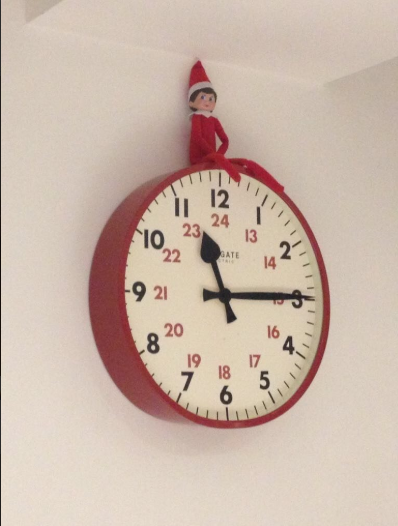 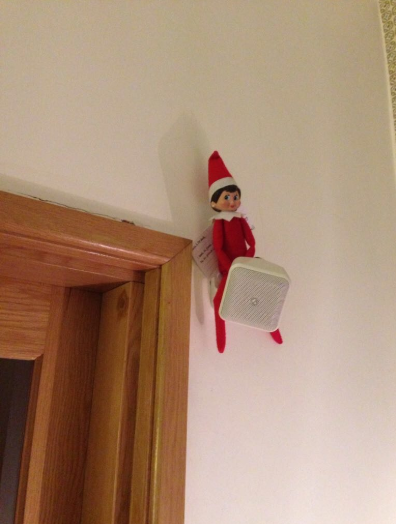 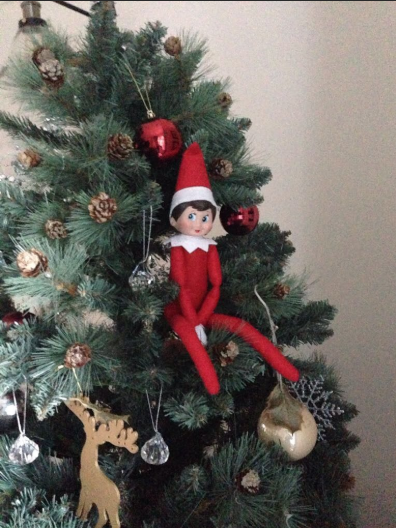 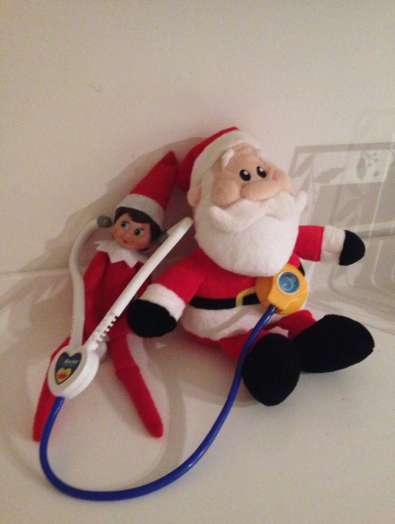 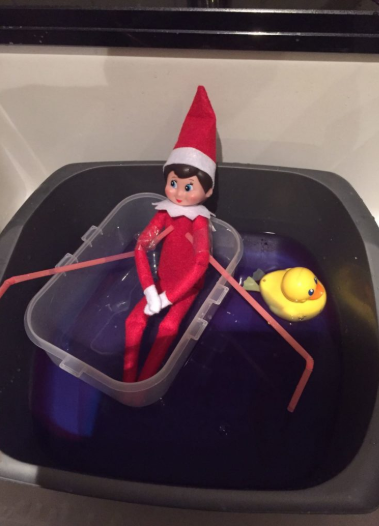 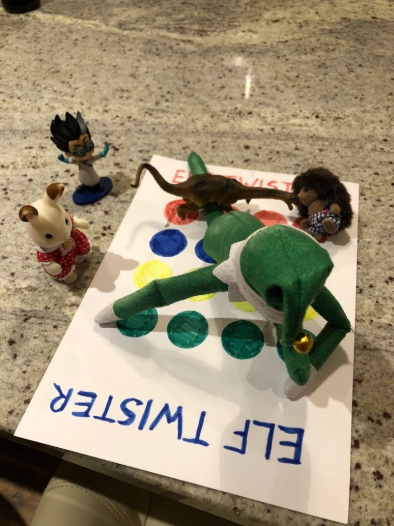 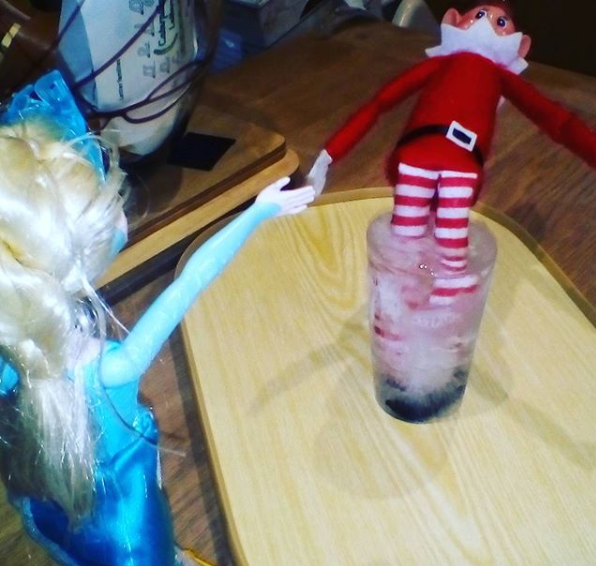 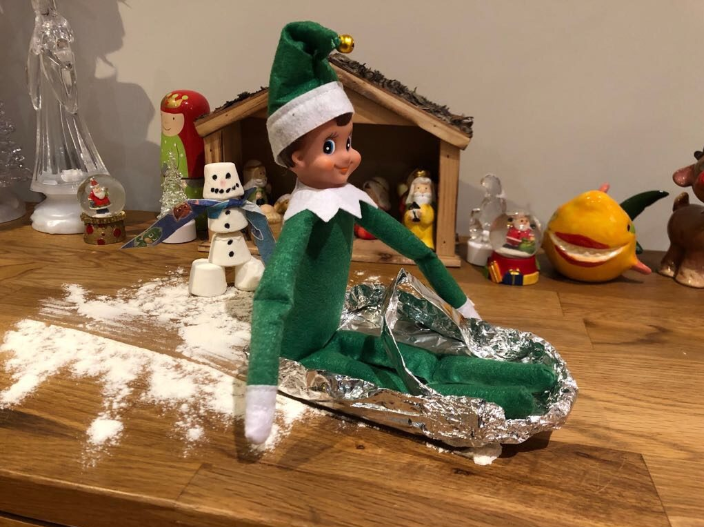 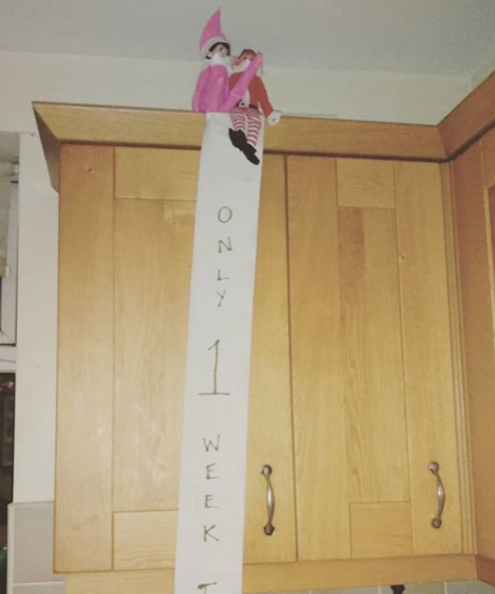 One Week to Go Elf 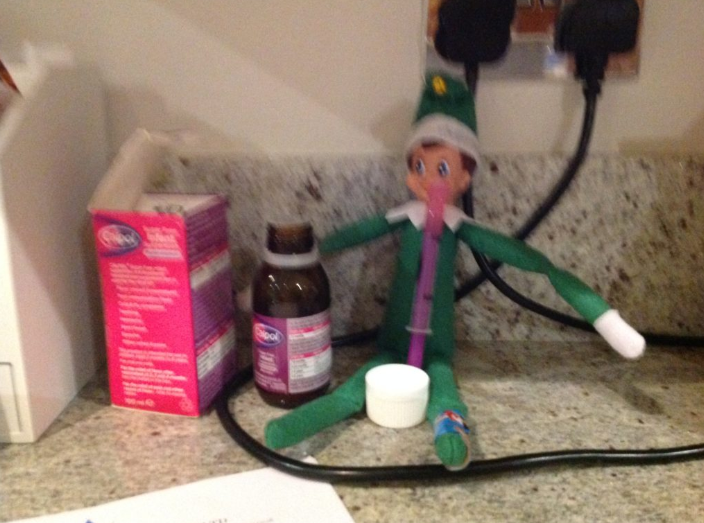 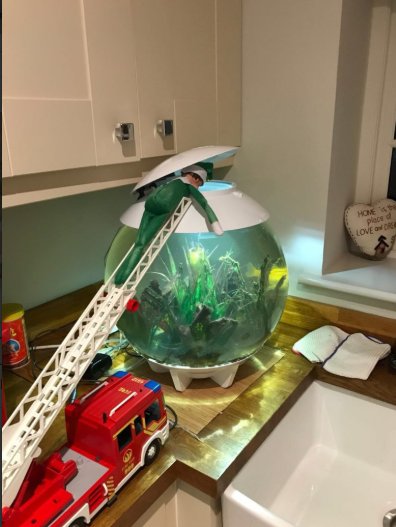 And if (or when) during all the Elf excitement the kids’ behaviour goes out of the window this worked a treat for us last year! It also gave me a nice 3-day Elf-break!! 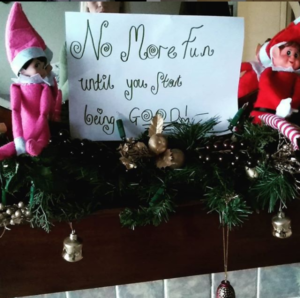 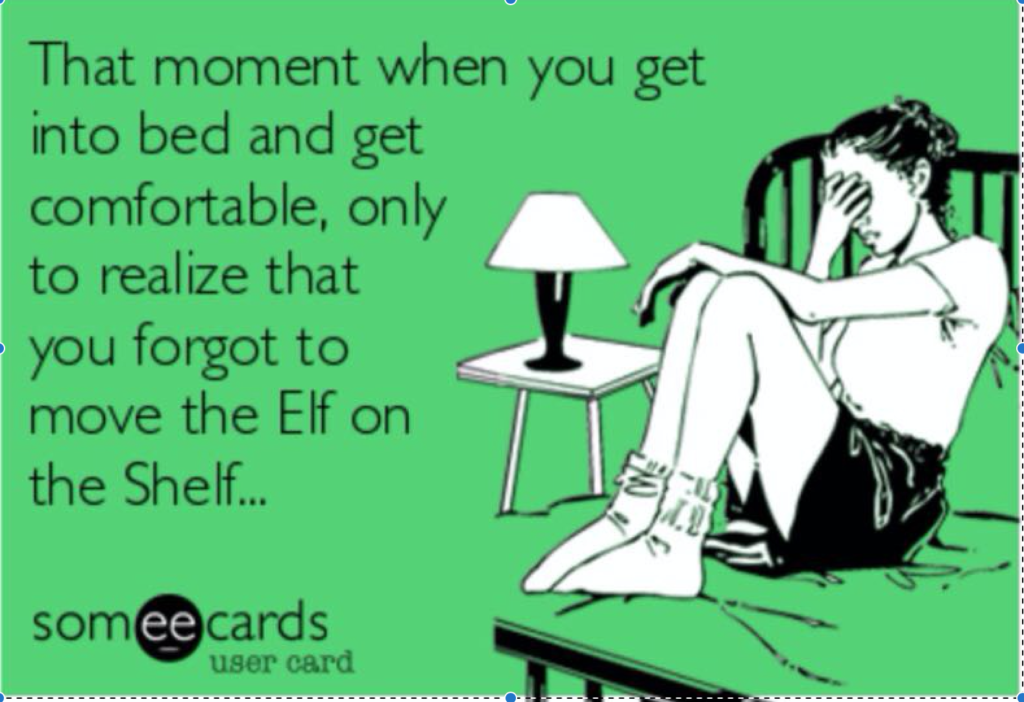 If you ever forget to move the Elf there are some great ideas for excuses as to why it hasn’t moved here !!

Don’t forget to join our Wharfedale Mumbler chat group and share your Elf ideas with other local families.